This piece of art has been performed by local companies together with the sculptor himself. Stretched out wide, made up of coming-together of its coloured wavelike rivulets, trapping the effects of lignt and calling for the participation of the onlooker through the illusory motion summoned by its additional alterning aluminium facets and continually changing colour fluxes. End 1997.Born in Caracas in 1923 Carlos Cruz Diez shares his life between Caracas and Paris. After the School of Fine Arts in Caracas, he is a designer, then advertiser. In 1966, he received the Grand Prix of the 3rd American Biennale of Art in Cordoba, Argentina, and other prestigious awards in Venezuela and France. His works are exhibited at the Museum of Modern Art in New York, the Tate Gallery in London, the Museum of Contemporary Art in Caracas and many other museums around the world. A pionner of Op Art, or in other words, simulated movement, Carlos Cruz Diez is producing a colour ballet whose warp and weft change according to the spectators movements. He is a major author in kinetic art, an artistic movement that claims "the awareness of the instability of reality". 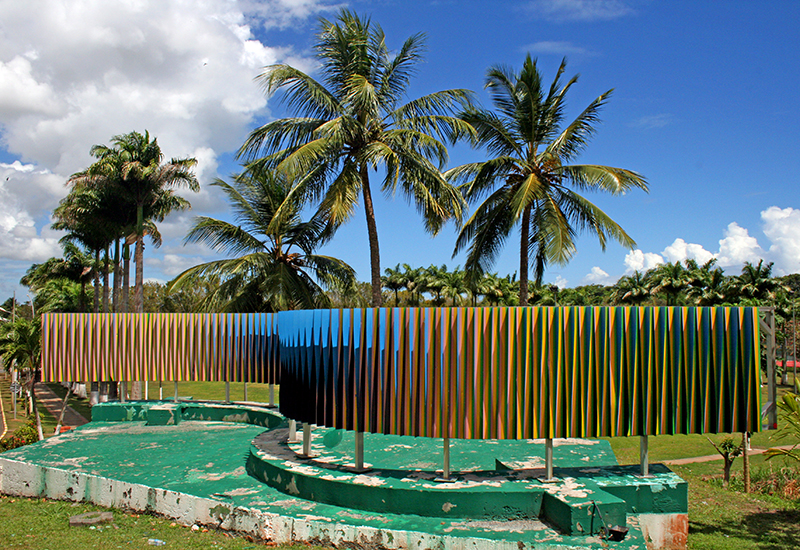 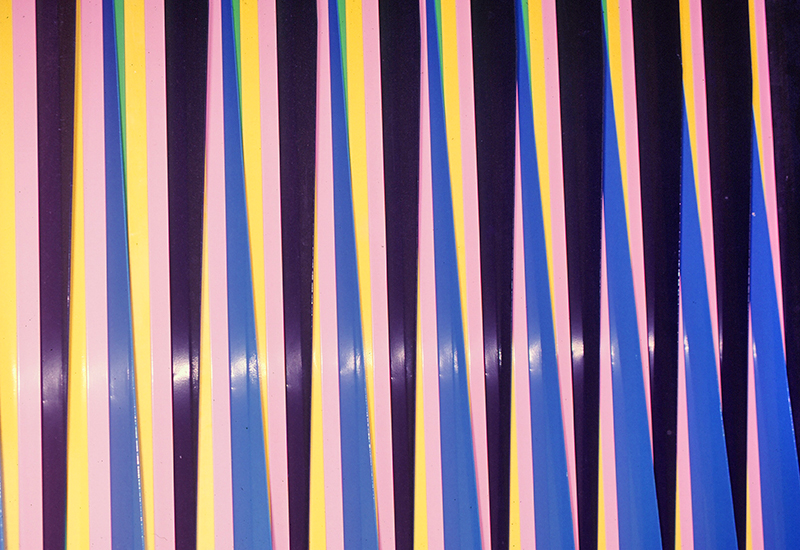 A succession of aluminum slats 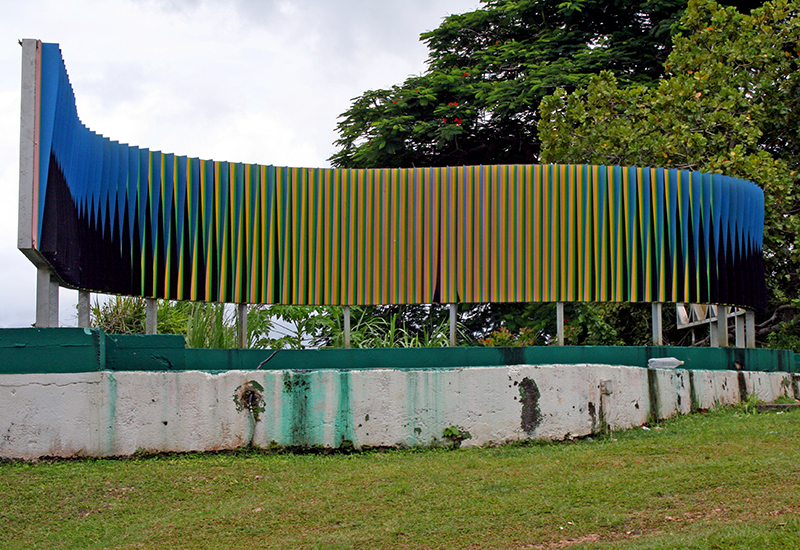 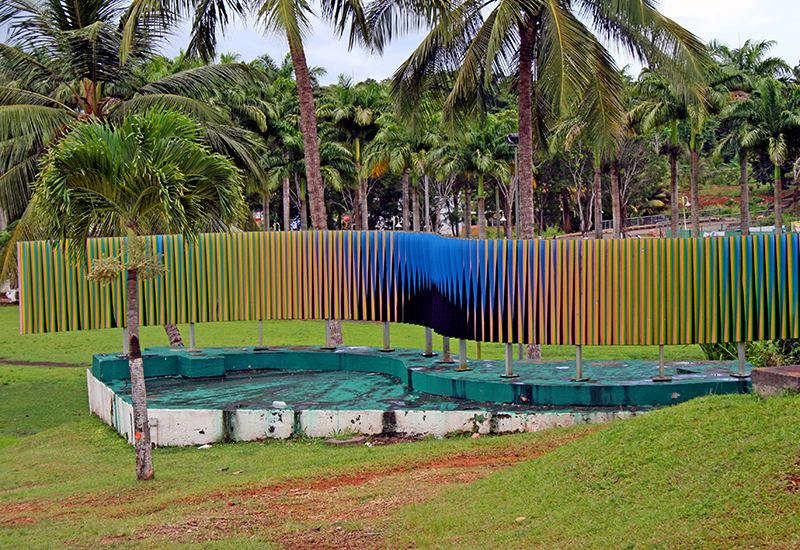