In the heart of Grande Terre, and bordered by a wide swathe of mangroves and bayou forest that run alongside the Grand Cul-de-Sac Marin, this great plain stretches between the uplands of Grands Fonds in the south and the small valleys of Petit-Canal in the north, each of them contributing to the plain’s perennial fertility. The substratum of this graben (a trench or valley caused by collapsed land between two tectonic faults) remained submerged for a longer than usual period, giving rise to an important alluvial deposit that has produced a highly fertile agricultural plain. The plain is furrowed with canals, which collect the runoff that is fed by the small ravines in the outlying uplands. The plain also harbors a source of groundwater that constitutes one of the biggest reserves of unpolluted water on Grande Terre. The whole eastern half of the plain is covered with a practically unbroken stretch of cane fields, which should come as no surprise, since sugar cane has been the region’s principal crop since it was developed around the end of the 18th century. The cane industry expanded even further once the Rotours Canal was completed in 1829. At its peak, the cane economy boasted around 20 sugar plantations, three distilleries (in Dubelloy, Dévarieux and Lasserre), and a central factory that processed the harvest from the plain. Plaine de Grippon is a genuine landscaped nature reserve so it is easily explored. There are many spots where you can admire the undulating cane fields, the surrounding hills, or the town with its church tower, and on a clear day, you stand a good chance of seeing the Basse Terre mountain range. 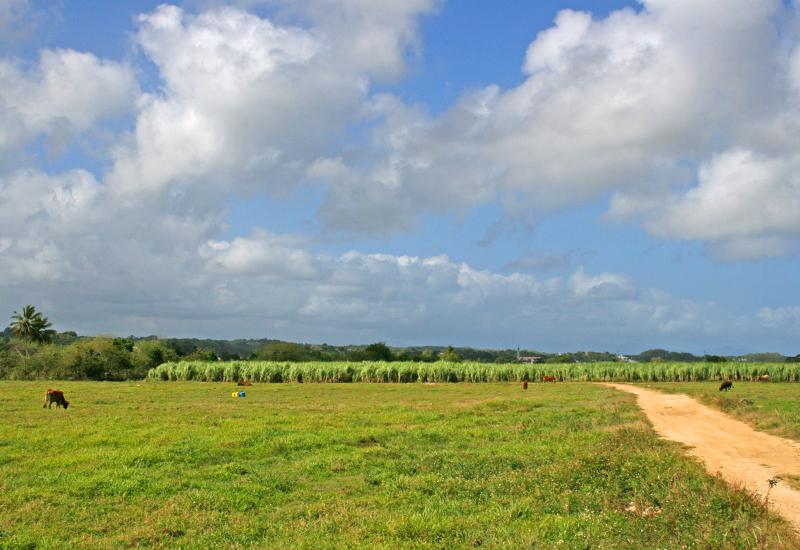 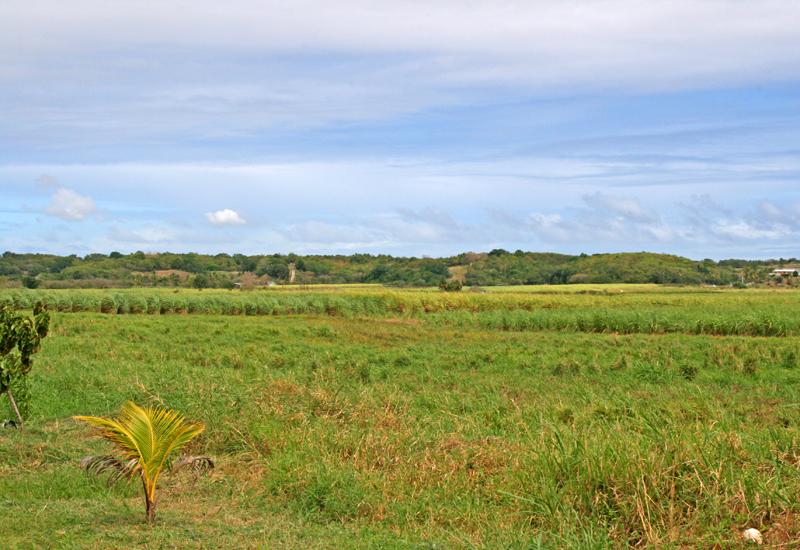 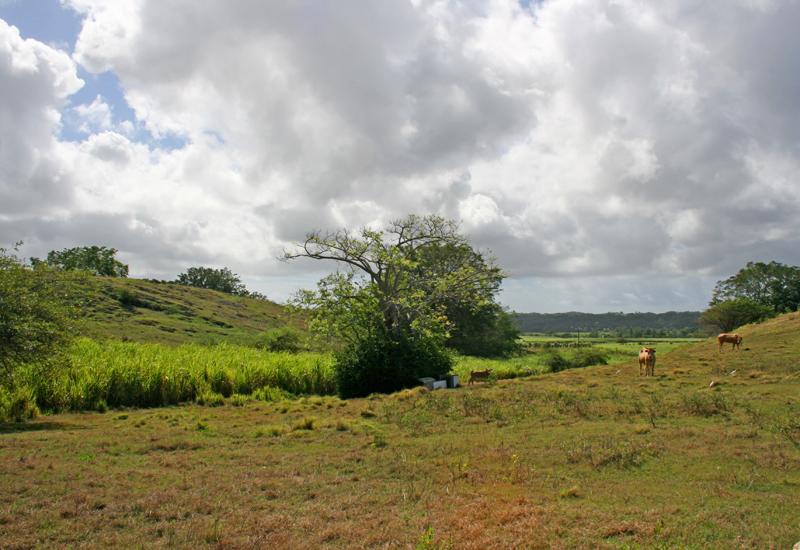