Ramp sixteen metres long and three metres fifty high on which are placed two chairs, one three metres twenty high and the other one metre high. Sides of rampcovered in mauve slate. They are in a vacuum and hold on the base only by the two hind feet. This can evoke the instability of situations. Can we see in it the declination of the authority of the teacher, in comparison with the humble status of the pupil? Or, more simply, the pupil who passes the master? Work carried out by guadeloupean workers, surfaces under the direction of a stonemason.
Only the painting carried out by the artist himaself. Ecole de La Rosière. November 1994. Leopoldo Maler was born in Argentina where he obtained a law degree. He goes to London where he lives more than 17 years. He puts into practice his ideas of combining media, mixing film and sculpture. In 1964 he received a prize for a short film. He has exhibited all over the world especially at the Georges Pompidou Center. He represented Argentina at the 14th International Biennial of Arts in Sao Paulo where he was awarded the first prize. In 1988 he co-founded the Napa Contemporary Arts Foundation. His works can be found in the greatest museums (Mexico, Tokyo, California…). After having made his path around certain basic concepts, he turned to wider environments often made up of assemblages bearing a symbolism, but still on a monumental scale. 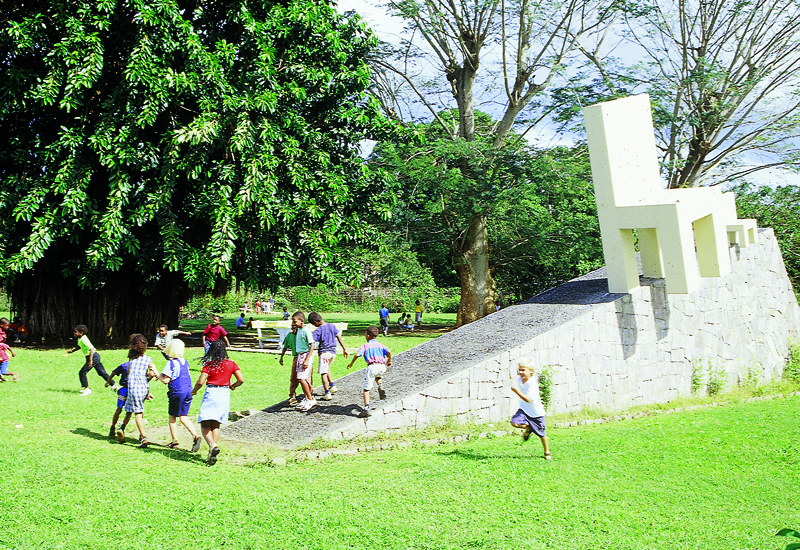 Built at the Ecole de la Rosière in November 1994. 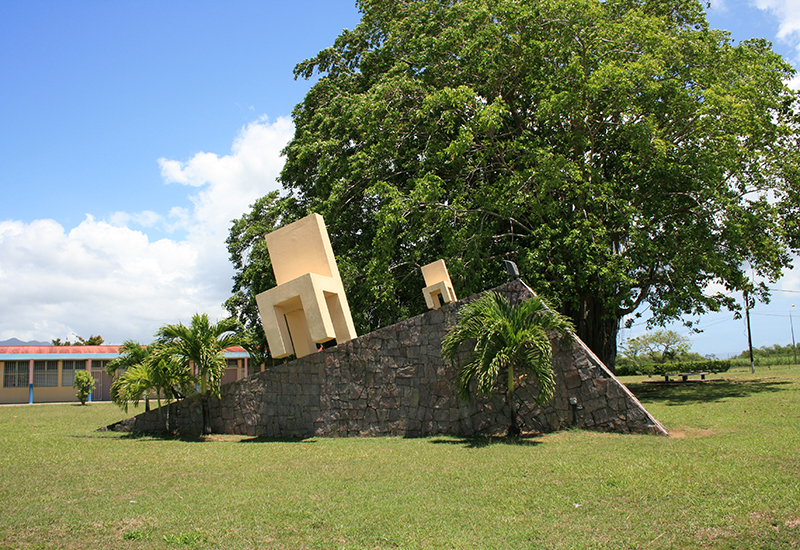 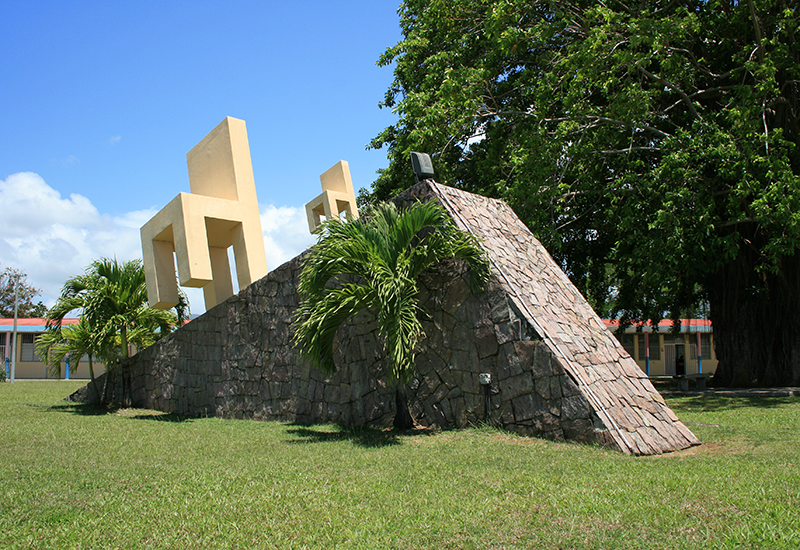 Two chairs placed in the space 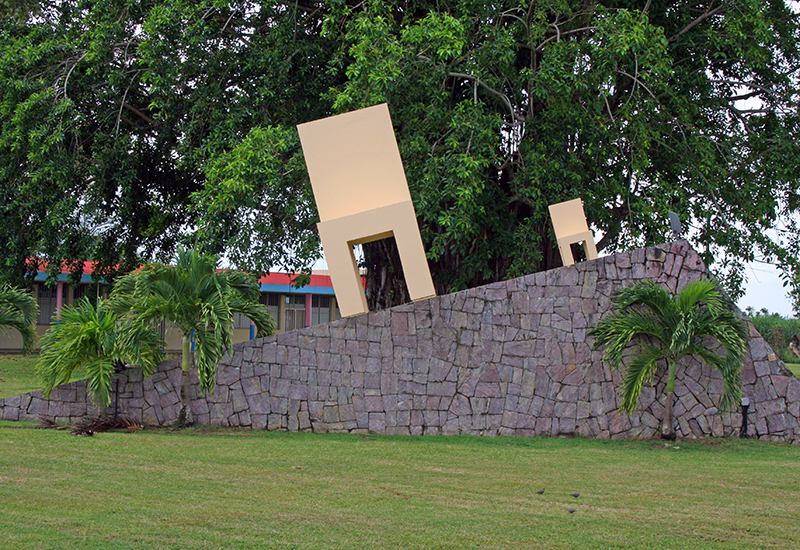