Designed by Ali Tur, erected in 1933, and inaugurated by Mayor Pierre Bouvrat, this abstract monument (stela) of marble and reinforced concrete features three columns raised on tiers on either side of a central section, giving it both an imposing and elegant quality. The monument holds two plaques bearing the names of the dead, as well as the inscriptions “Honneur” (“Honor”) and “Patrie“ (“Homeland”). The central column, bearing the inscription “Le Lamentin à ses enfants morts pour la France“ (“Dedicated by Lamentin to its children who gave their lives for France”) is a reminder that soldiers from Lamentin who fell on the battlefield did so as citizens of France. The French tricolor flag, the flag of the European Union, and the monogram of the French Republic are displayed at the top of the monument. A Christian cross in reinforced concrete, likely requested by the monument’s commissioners, is built into the ornamental tomb, and is now covered by the roundel of the Republic, in keeping with current sensibilities. The Law of August 7, 1913, followed by the departure for France of the first conscripts from Guadeloupe in October 1913, signified to the people of Guadeloupe recognition as full citizens. Being patriotic meant being French. However, these conscripts, most of whom had never been to France, faced great difficulties in adapting (to the language, climate, sanitary conditions, etc.), and many were declared unfit for service due to illness. Nevertheless, the demands of war and urgent need for recruits overrode these considerations and many Guadeloupians were sent to the front. Some were dispatched to the French mainland, others to colonial contingents; nearly 1,500 lost their lives. 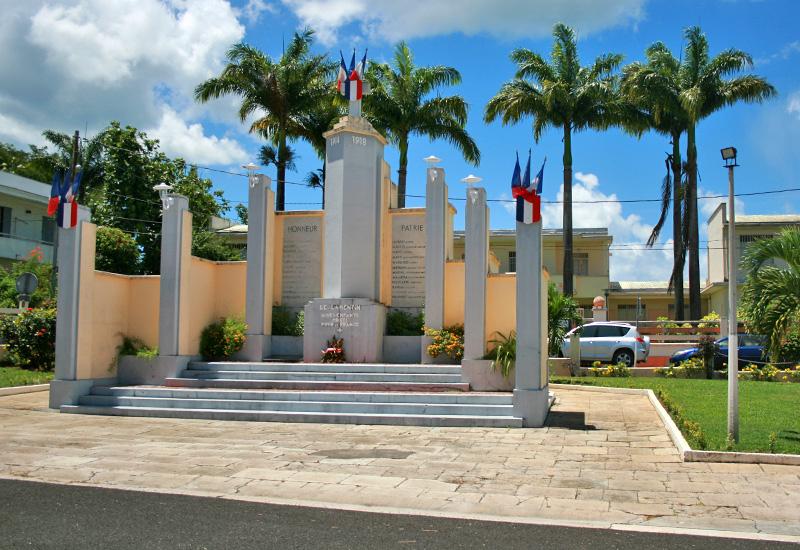 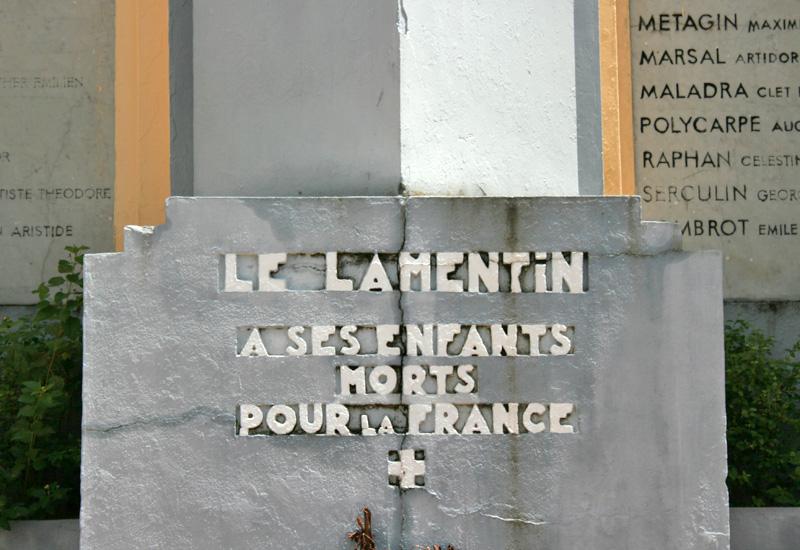 This inscription recalls that the Lamentin residents fell as French citizens 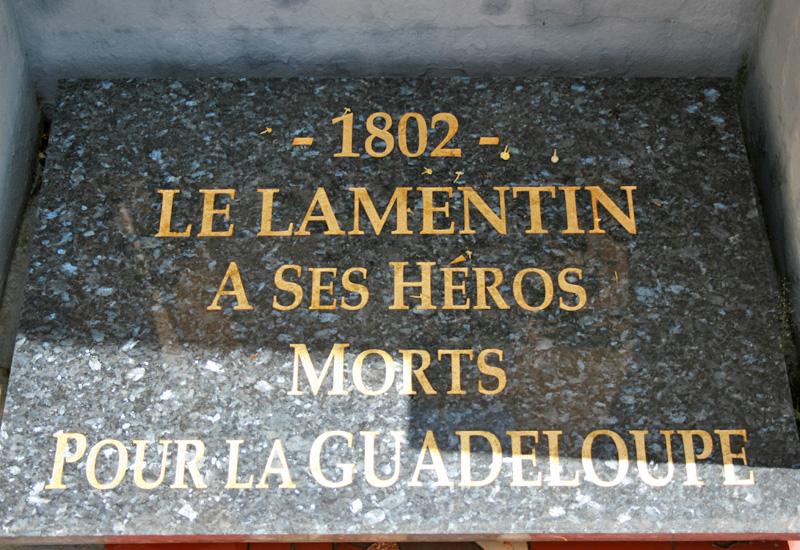 War memorial. This plaque honors the memory of the freedom fighters of 1802