This windmill was erected on a mound 50 meters high to gain better exposure to the wind. It overlooks a plain, so was relatively unobstructed by neighboring trees or structures. Like the majority of Guadeloupe’s windmills, this masonry tower featured a swiveling roof that could be turned by means of a long tail pole to expose the blades to the full force of the wind. A shaft protruded horizontally from the roof, to which four asymmetrical vanes were attached. Each vane was made up of a center axis, the yardarm, which supported bars that held wooden blades or sails of hemp or linen. The rotational movement drove a system of gears and rollers located on a wooden chassis at the base of the structure. This windmill is the only remaining relic of this former estate, which employed over 130 people in 1796. According to 1764 records, it was built in the place of a menagerie that formerly occupied the site. In 1881, the operation met with difficulties and was sold to the Société sucrière de Port-Louis. The plantation was the birthplace (in 1827) of painter, illustrator, and photographer Armand Budan, creator of several murals and of an album of lithographs depicting Guadeloupe. 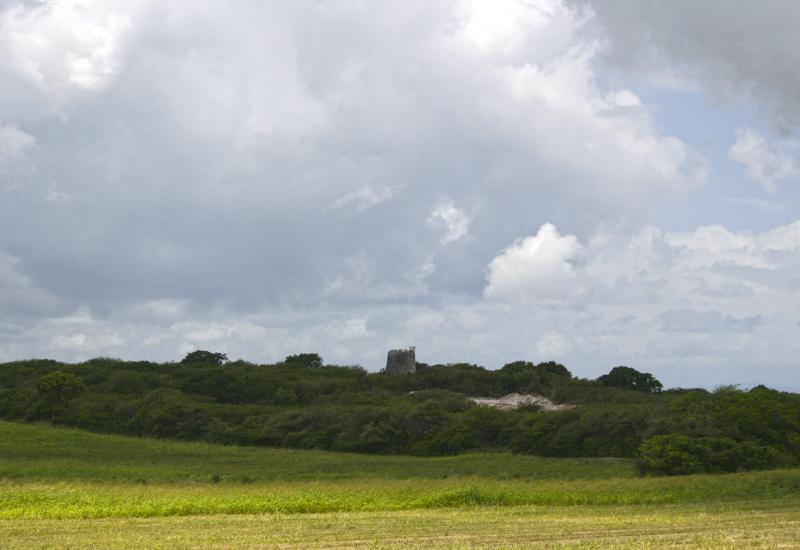 Built on a hill, for better exposure to the wind 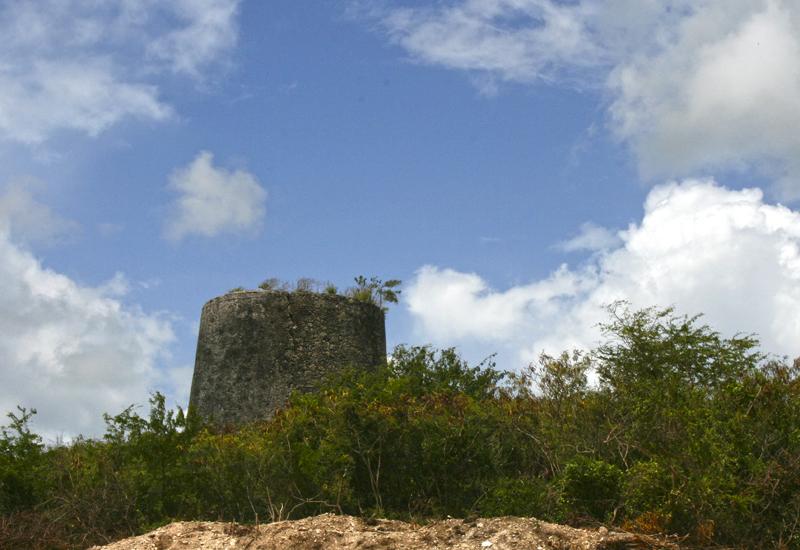 Budan windmill. A landscape that the artist could have painted on his canvas 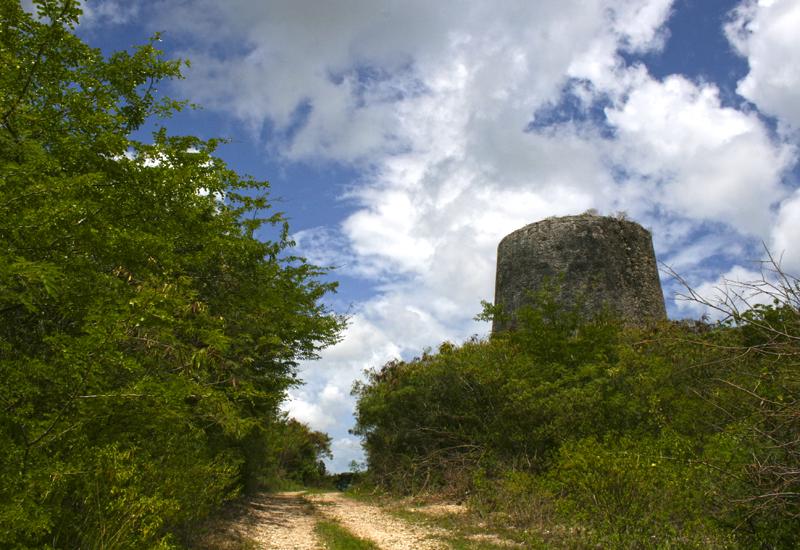 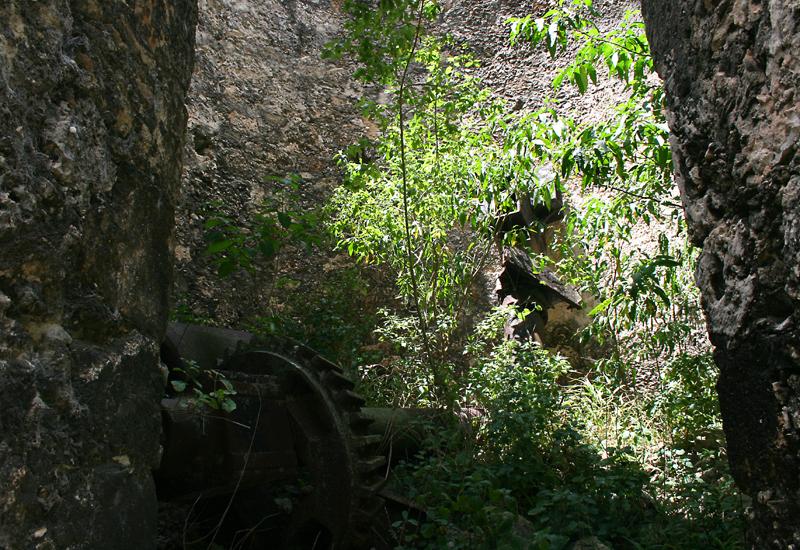 Moulin de Budan, city of Anse-Bertrand. Part of the mechanism is still there