Column and Bust of Marianne

The bronze bust, mounted atop a bronze column, was erected in 1889. It commemorates the centenary of the French Revolution in 1789. On the base of the bust are two Latin inscriptions, which may be translated as “our children remember their forebears” and “1789, when the citizens fought for their liberty”. When the government was discussing the commissioning of the bust in consultation with local communities, several different designs were proposed, all based on a similar theme. (Incidentally, an identical column to this one can be found in Terre-de-Haut). Next to the column is the cenotaph, a monument in the form of a tomb (cenotaph literally means “empty tomb”), and erected as a memorial to all the soldiers who fell in World War I. It consists of a very simple design: a cross and the words “A Nos Morts - 1914-1918” (To the Fallen - 1914-1918). There is no list of the names of the fallen. The combined presence, side-by-side, of the memorial and the column, seems to convey a single message: glory to those who fought for freedom. 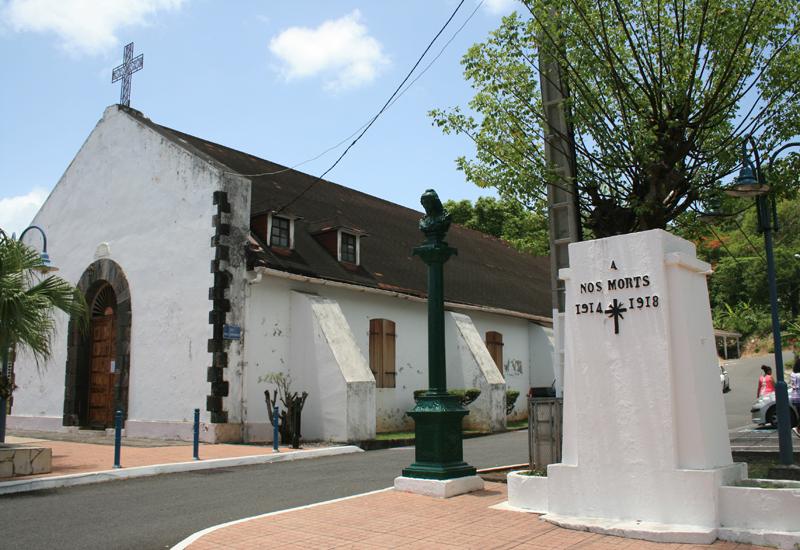 The column with bust of Marianne, a high place of meditation in Bouillante 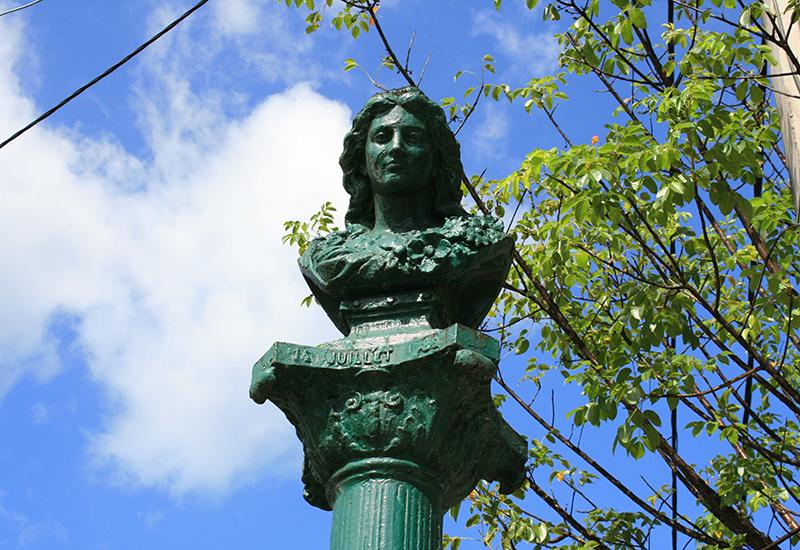 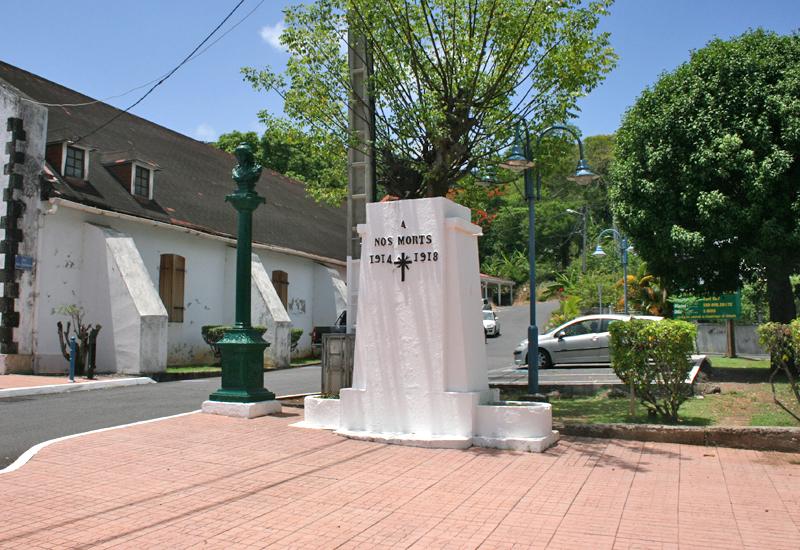 Two important symbols for the memory: Marianne and the memorial 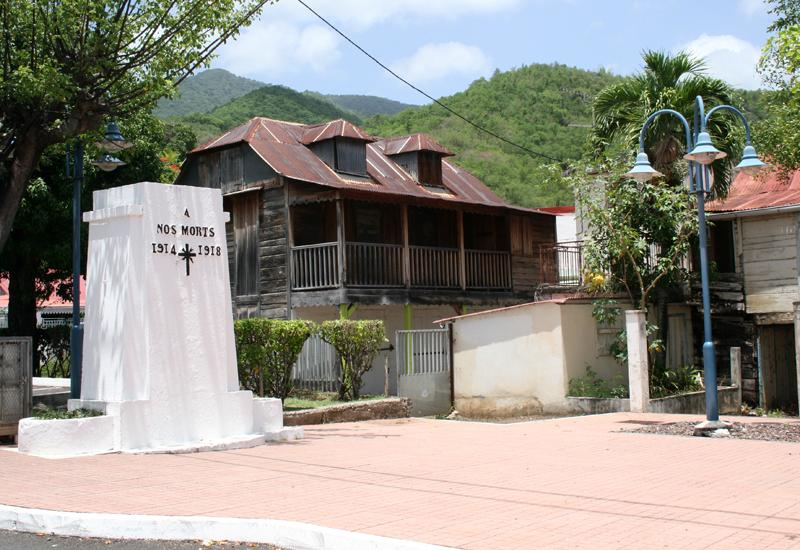 Column with bust of Marianne - Bouillante, Guadeloupe. A monument for the memory