Located in Ffrench, this large-scale artwork inaugurated in 2009 was designed by Guadeloupian visual artist Richard-Viktor Sainsily-Cayol. It pays homage to Guillaume Guillon Lethière, born in Sainte-Anne in 1760 to a white father (a royal prosecutor) and a Guadeloupian freed-slave mother. Lethière was a famous painter largely inspired by the Greco-Roman school, and later by Romanticism and the works of Eugene Delacroix. Five of his creations, including The Leoben Treaty, are hanging at the Palace of Versailles. Others may be found in the Louvre; Saint Petersburg, Russia; and the United States. The best known of his works, The Oath of the Ancestors, was unfortunately damaged when Haiti’s National Palace collapsed in the 2010 earthquake. 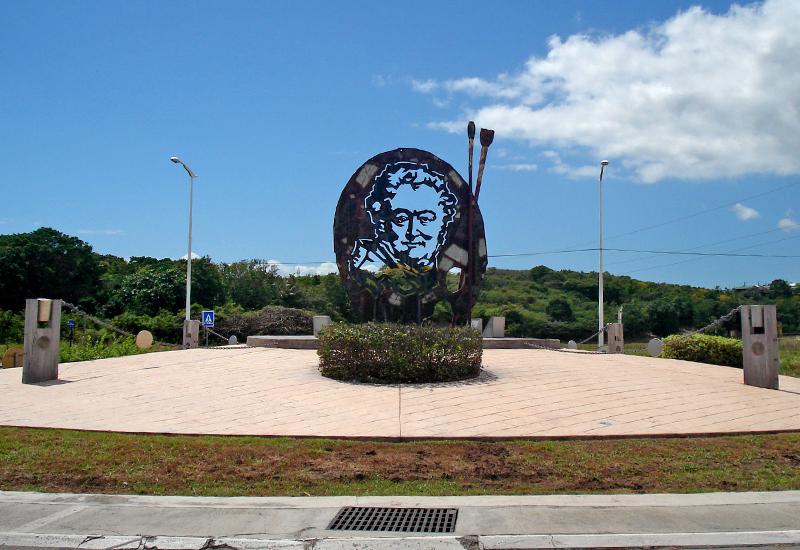 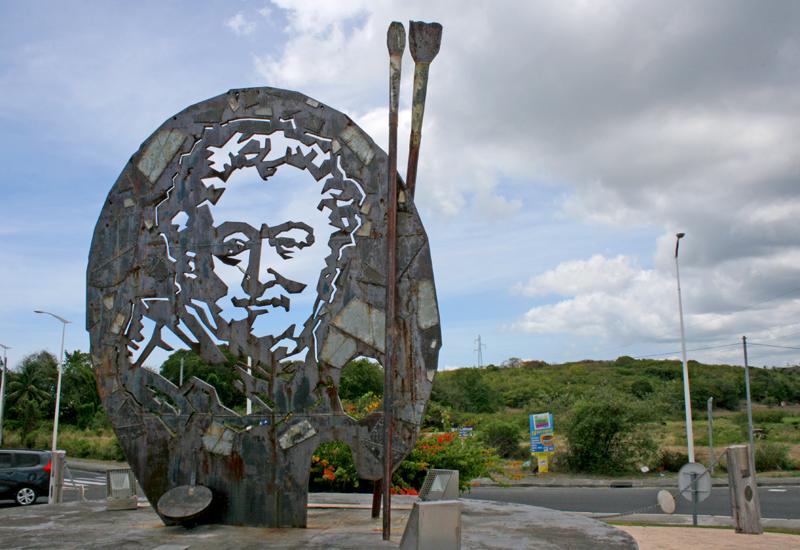