This plantation was originally the site of a sugar factory built in 1740 by Pierre Néron Beauclair on 160 hectares of land. Then known as “Hussey,“ it was requisitioned during the French Revolution, and continued as a working plantation, employing over 140 farm workers. Although the violent earthquake of 1843 destroyed much of it, the sugar plant managed to continue; in 1852, it was still employing over 80 day workers. The sugar recession of the late 19th and early 20th centuries led to the decline of the operation, which was converted to a distillery producing Néron Rum. Visitors will find the 19th-century stone windmill and remnants of machinery from the distillery, which remained in operation until 1965. 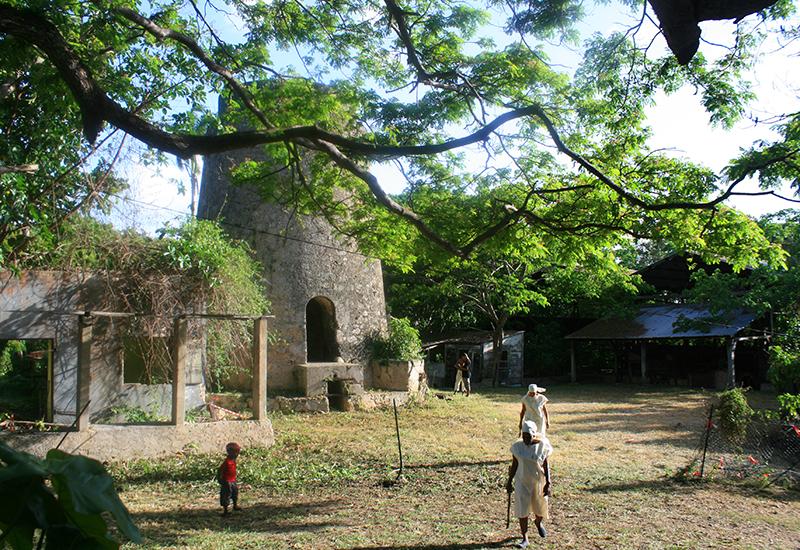 Habitation Néron - City of Le Moule: the mill and the vestiges of the distillery 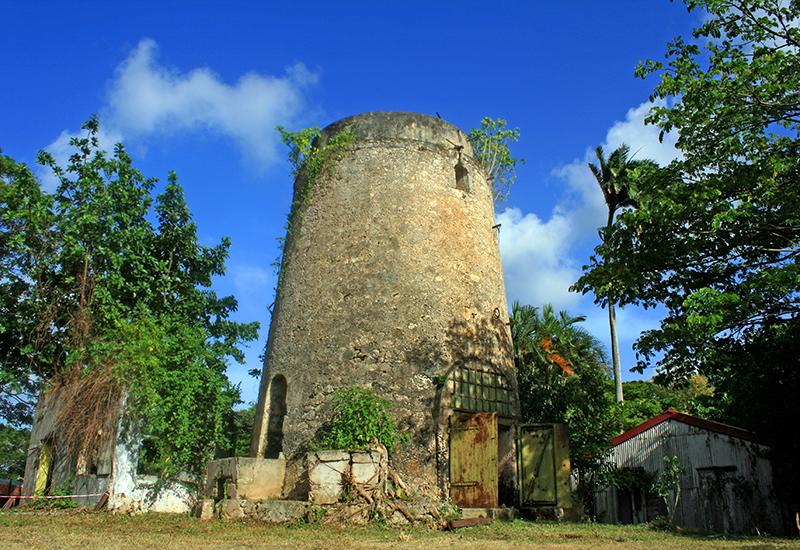 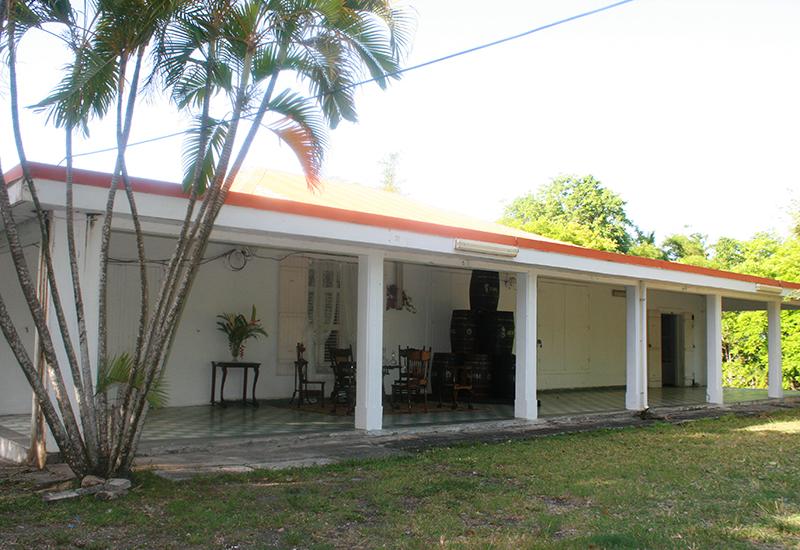 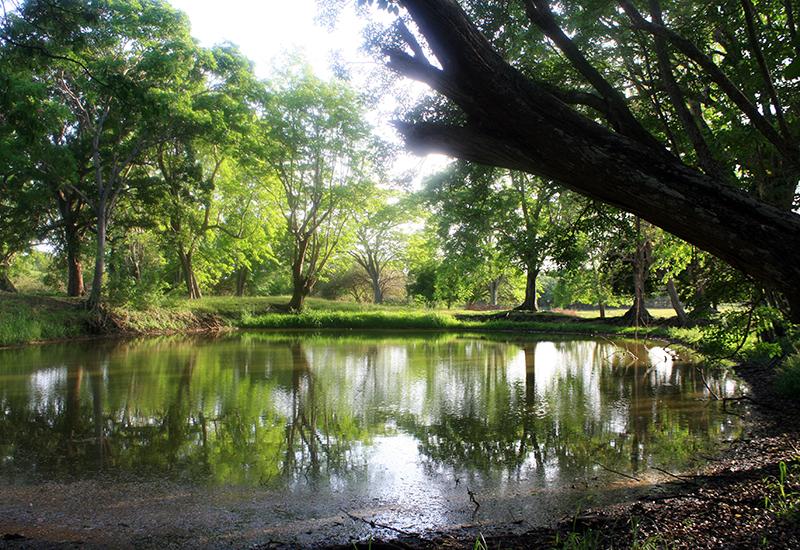 One of the 5 ponds in the Nero dwelling area