In use as early as the 12th century in Europe, and well before that in parts of Asia (Afghanistan), windmills first appeared in Guadeloupe in the early 18th century (1730). Like most of the windmills in Guadeloupe, this one is a masonry tower in the shape of a truncated cone with a rotatable cap that could be turned to face the sails into the wind. Gissac Mill is said to be the oldest in Guadeloupe. A few vestiges of the sugar plantation may be seen around it. The structure has held up despite a number of earthquakes, in particular that of 1843. Its thick walls have two openings, one for inserting the cane, the other for removing the bagasse (crushed cane residue). Two windows used to introduce the milling machinery bring in light. A small opening at ground level contained a chute for transporting the vesou (cane juice resulting from the crushing process) to the refinery. This now overgrown mill, located near a residence, can be reached by a small path to the right just before the Yves Leborgne high school. 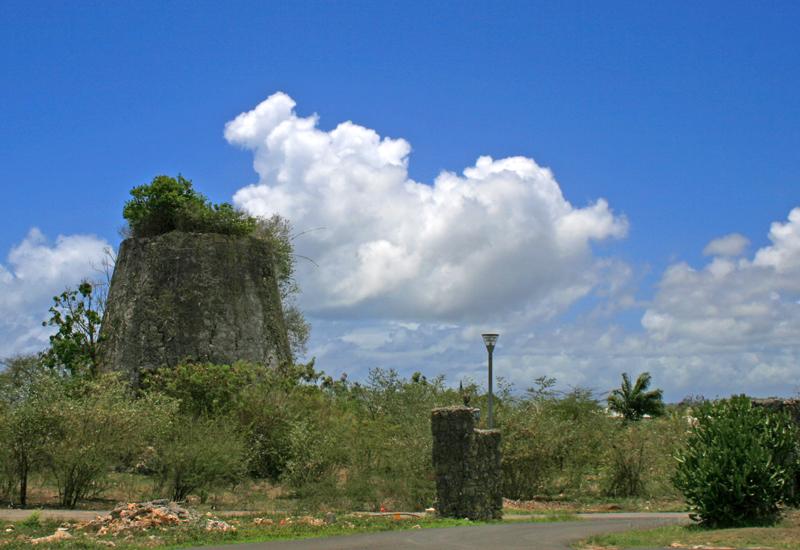 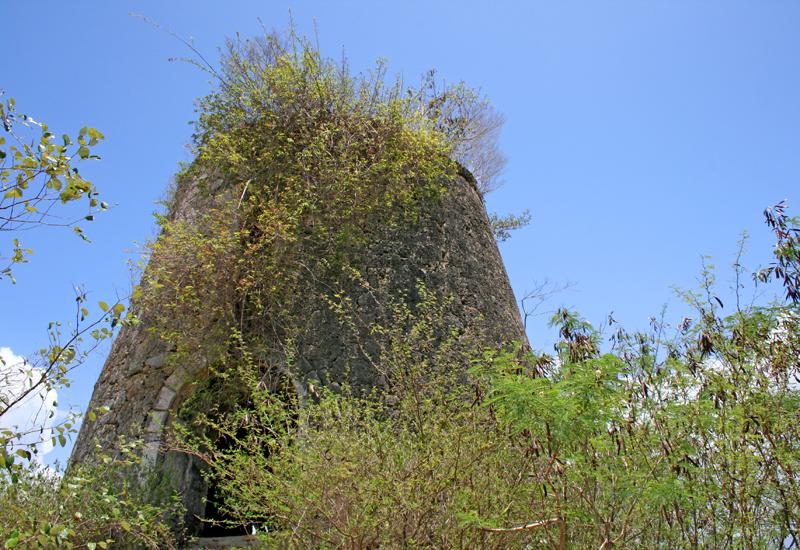 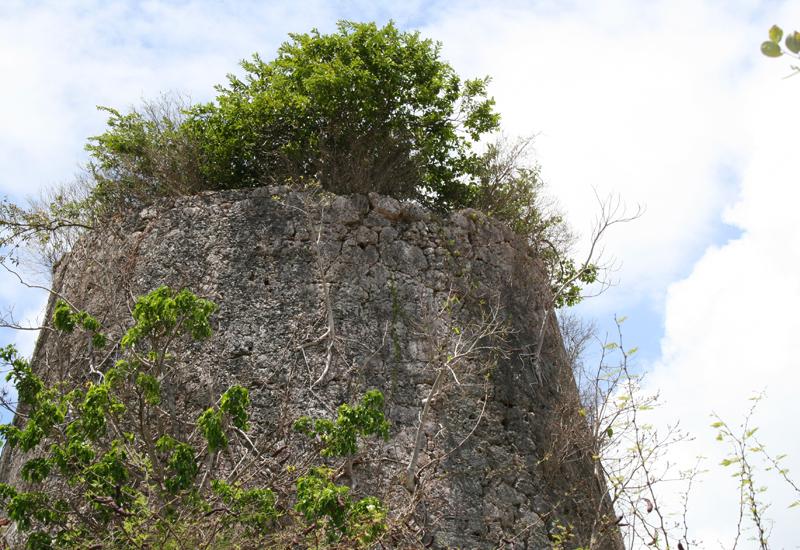 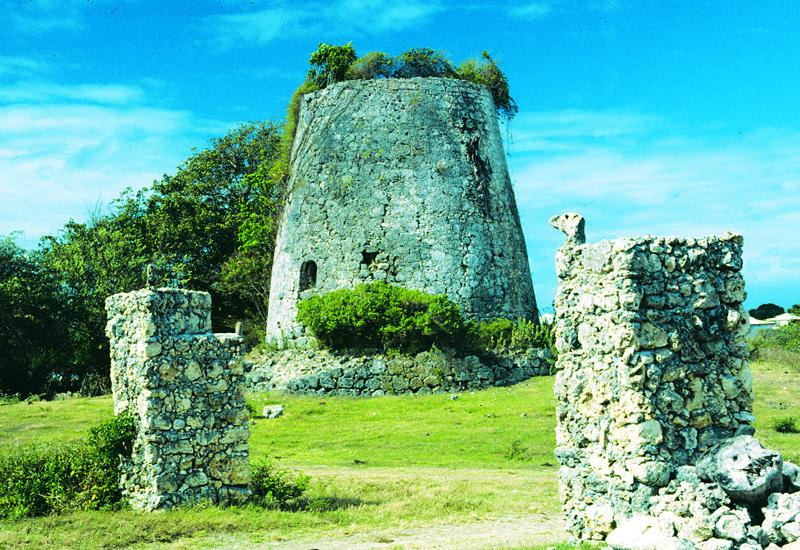