The 4 m-tall statue, which stands in the middle of the Petit-Pérou roundabout, was unveiled on March 10, 2014 by the deputy mayor of Les Abymes, Eric Jalton, in the presence of Her Excellency Dolana Faith Msimang, the South African ambassador to France. The statue of Nelson Mandela was made of resin by the Guadeloupian artist, Jean Moisa. It pays tribute to the hero who fought against apartheid and later became president of South Africa. Mandela, born into an influential Bantu family in 1918, went on to study law and later fought against the racial segregation faced by black people in South Africa at the time, eventually becoming one of the main leaders of the African National Congress (ANC). Having founded the first black law firm in South Africa, he began waging non-violent, and later armed, campaigns of sabotage as head of the militant wing of the ANC, often targeting public and military installations. Although acting in secret, he was nevertheless arrested in 1962 and sentenced to life imprisonment two years later. Throughout his 27 years in prison, first on Robben Island and later at Pollsmoor, his popularity continued to grow. When he was finally released, he became leader of the ANC and began negotiations with Frederik de Klerk, South African president, concerning the nation’s future. In 1993, the two men were jointly awarded the Nobel Peace Prize, and the following year, on April 27, 1994, Mandela became the first black president of South Africa. He immediately established a policy of reconciliation. After serving a single term as president, Mandela retired from political life. From 2000 onwards, he campaigned against poverty and AIDS, two of the biggest scourges in South Africa. Nelson Mandela died on December 5, 2013 at the age of 95. 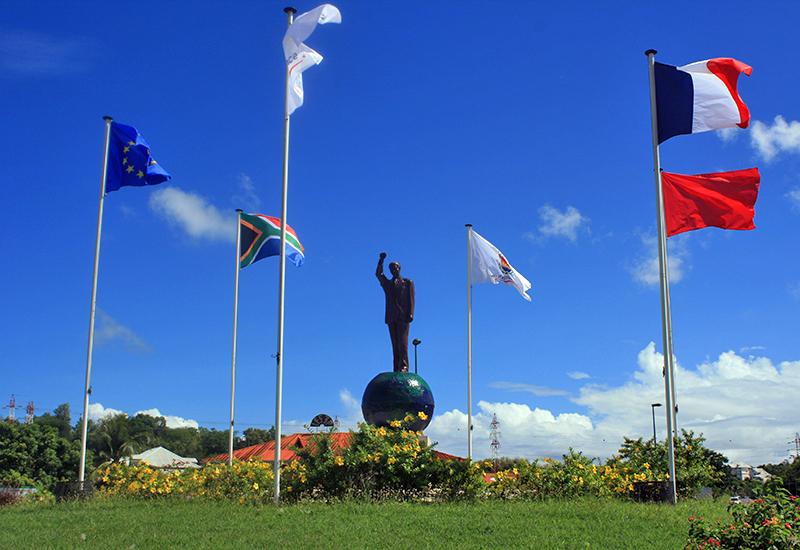 Located at the roundabout of Petit-Pérou: the statue of Nelson Mandela 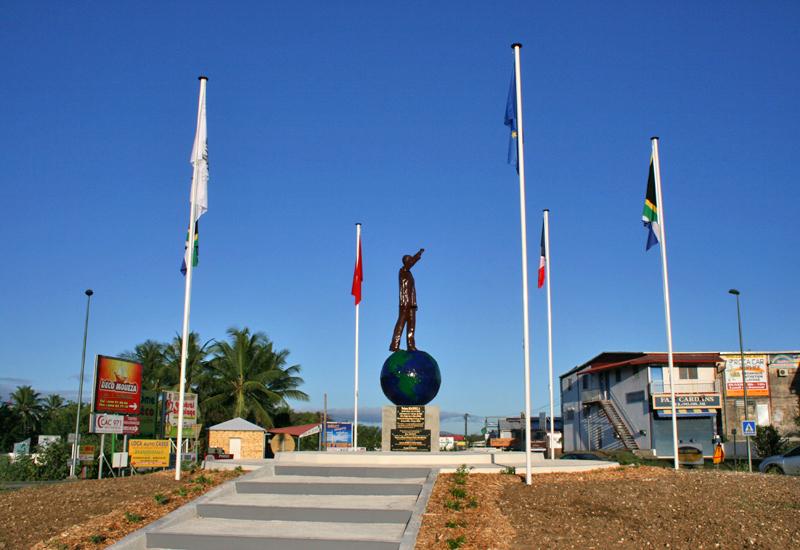 Statue of Nelson Mandela, in Les Abymes, inaugurated on March 10, 2014 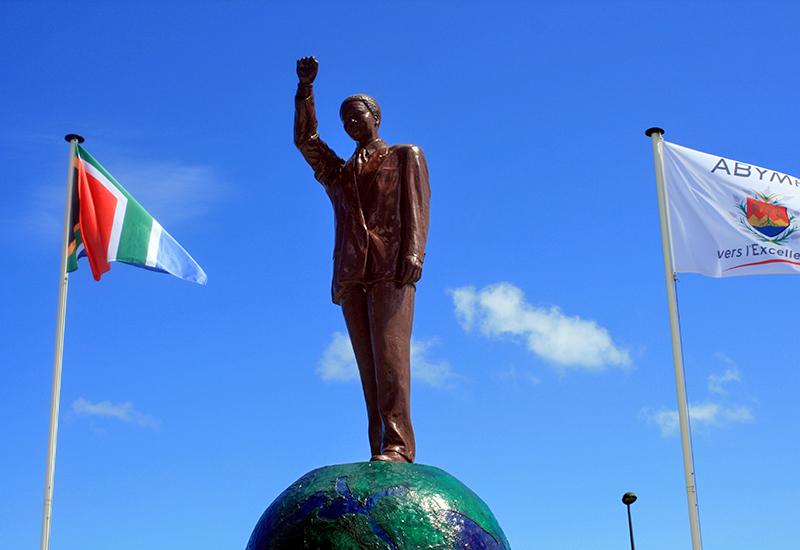 Nelson Mandela represented on a globe addressing the people 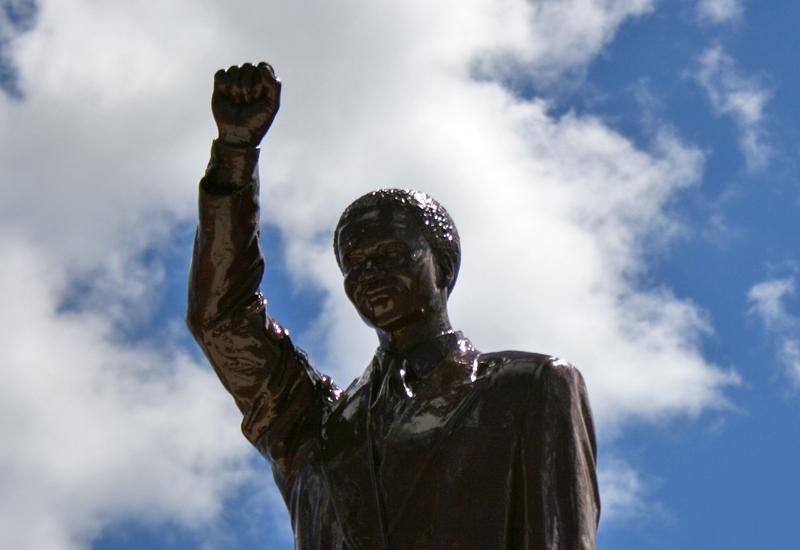