Also known as Cours Nolivos, this square was built between 1765 and 1768 under the governorship of Count Antoine Gédéon de Nolivos as part of the urbanization and improvement program undertaken by the city of Basse-Terre following the island’s return to the French. In 1782, a fire leveled many businesses here, resulting eventually in the square’s expansion. Planted with trees, equipped with benches, and surrounded by parking, the square has remained one of the city’s central gathering places, and has benefited from numerous enhancements. Busts have been erected here to honor two great men:  Victor Schœlcher and Félix Eboué. The bust of Victor Schœlcher was inaugurated on July 14, 1913, at the south end of the square, on the site where Governor Layrle proclaimed emancipation from slavery on May 27, 1848. This replica of a bust inaugurated in 1904 in Houilles (Yvelines, France) is the work of sculptor Marguerite Syamour-Gagneur (1857-1945). Made of bronze, it sits on a painted stone masonry pedestal and bears inscriptions on all four sides. Its protective grille fencing was added in the early 2000s. 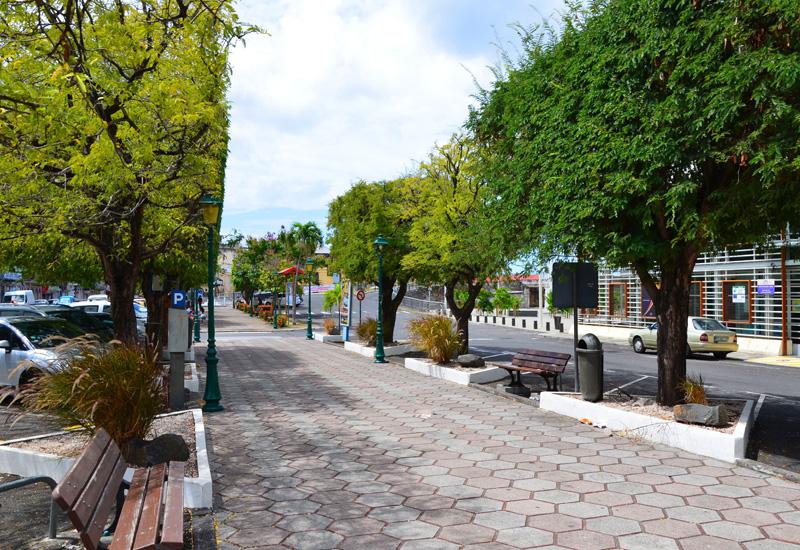 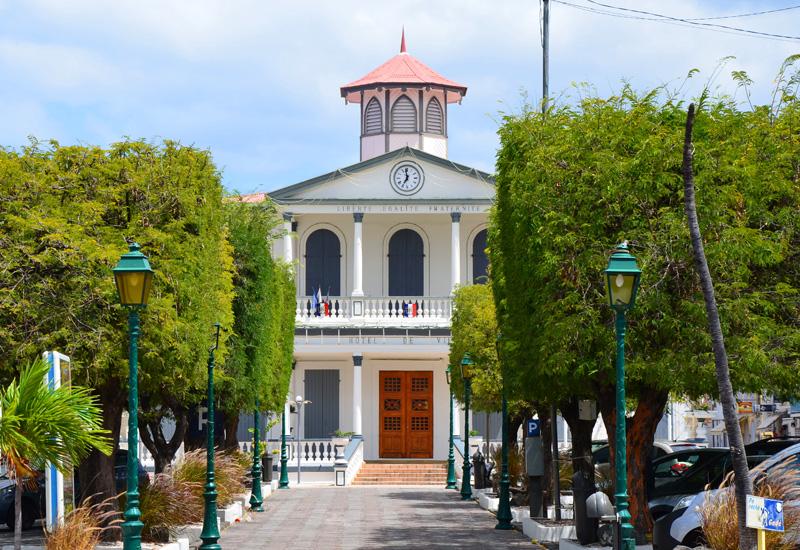 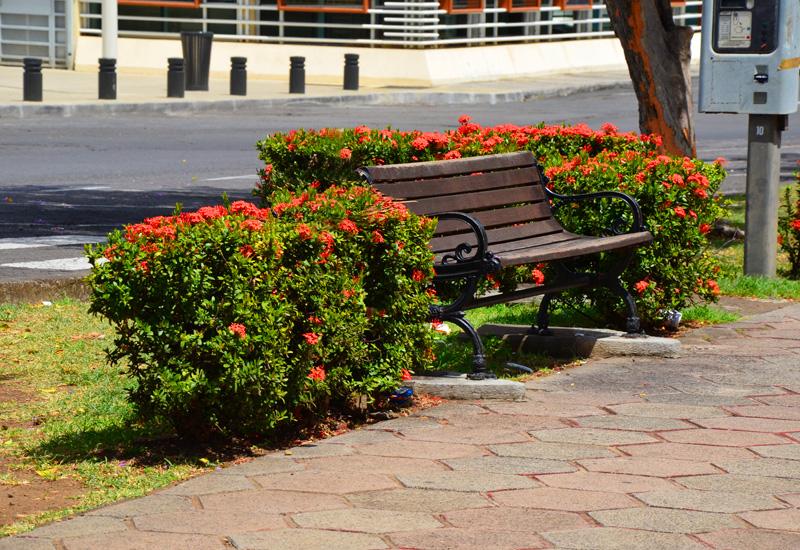 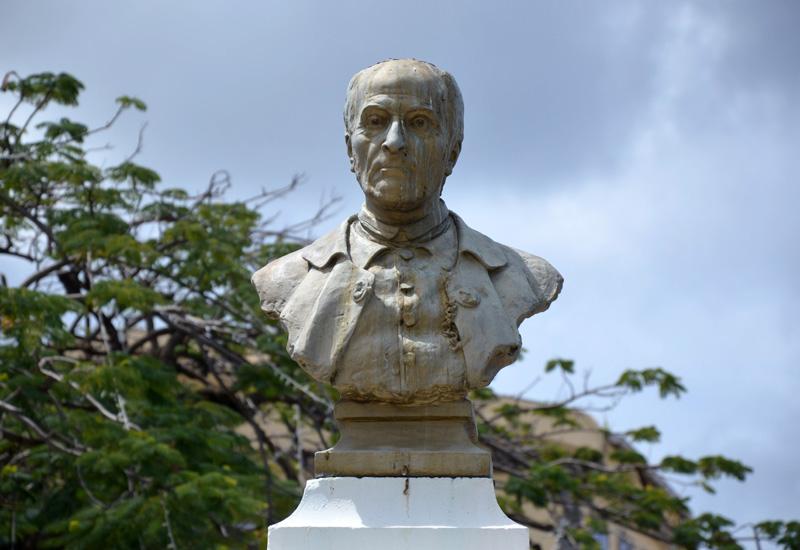