Monument of the Eternal Flame to the Unknown Slave

This monument was inaugurated on May 28, 1994, by Florent Mitel, Mayor of Petit-Canal, and the “Comité 94” (committee for the commemoration of the abolitions of slavery), as part of the bicentennial celebration of the initial abolition of slavery in Guadeloupe (June 7, 1994). The monument consists of a “ka” drum mounted on a base of stone, atop which burns a flame representing the soul of an unknown slave. The Revolutionary National Convention of France proclaimed the abolition of slavery on February 4, 1794. When the Governor and Assembly of Guadeloupe refused to submit to the proclamation, France sent an expeditionary force to the Lesser Antilles, at the same time as the British were re-seizing Guadeloupe. The French armed forces, led by Victor Hugues, liberated the archipelago (with the exception of the Saintes islands), proclaiming the abolition of slavery once again. Hugues enlisted many black residents in the Army of the Republic, while others returned to the fields, and a revolutionary tribunal was set up to punish the oppressors. At that time, the population of Guadeloupe numbered 90,000 black slaves, 14,000 whites, and 3,000 freedmen. 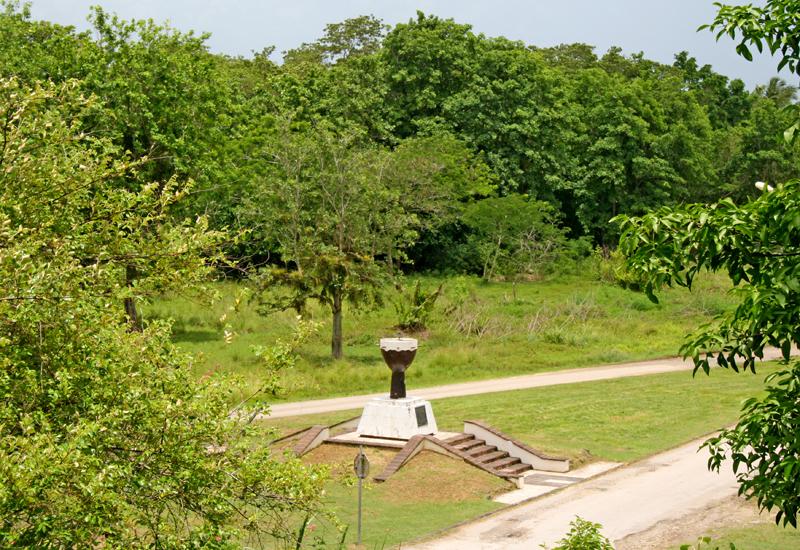 Petit-Canal, monument of the eternal flame to the unknown slave, located down the slave steps 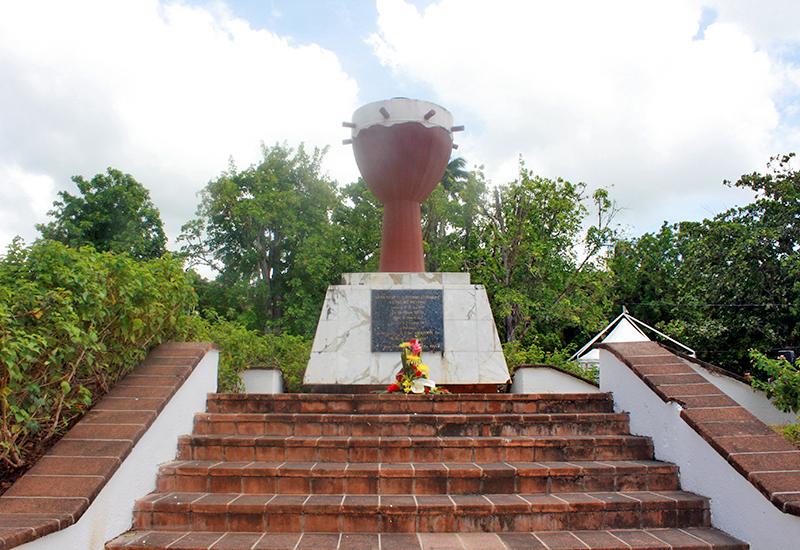 The drum surmounted by a flame 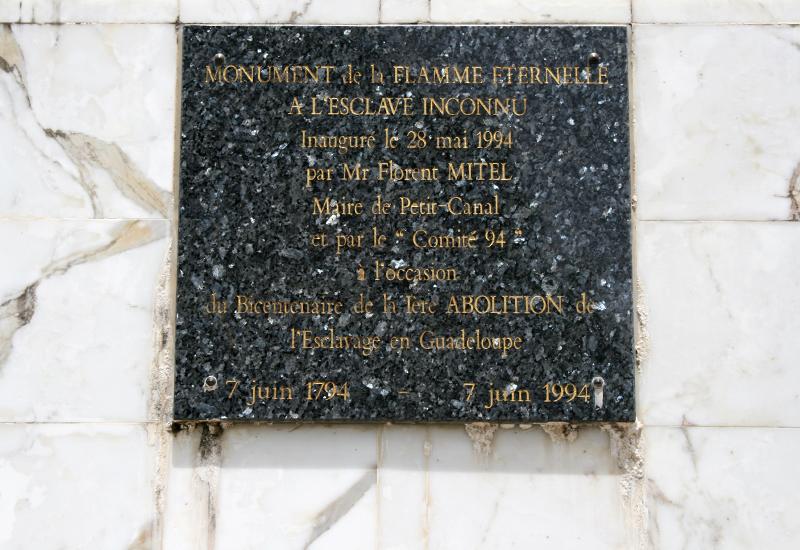 Monument of the eternal flame to the unknown slave. Inaugural plaque