Deeply rooted in Guadeloupe tradition, pulling bull contests are a veritable institution in the department, one that arouses great passion. Begun in the 1970s by the Association pour la Sauvegarde des Bœufs Créoles (ASBC—the society to save creole bulls), the practice developed at the end of the cane season, when the animals were no longer needed to pull the carts that transported the cane to the factories. At first an attraction for local villagers aimed at preserving the local bovine species and teaching young people about the symbiotic relationship between animals and humans, it was essentially a gathering of cattle raisers and farmers. Eventually it evolved into a real spectacle with contests and prizes. Pulling Bull contests are now much-anticipated events for everyone, including tourists, who attend to watch demonstrations and rub shoulders with the rural population. Competitions are organized by communal pulling bull associations (of which there are about fifteen in Guadeloupe) according to a schedule drawn up annually. Events organized by the “Gentilhommes de Baie-Mahault“ (“Baie-Mahault Gentlemen”) take place in the Beausoleil sector. 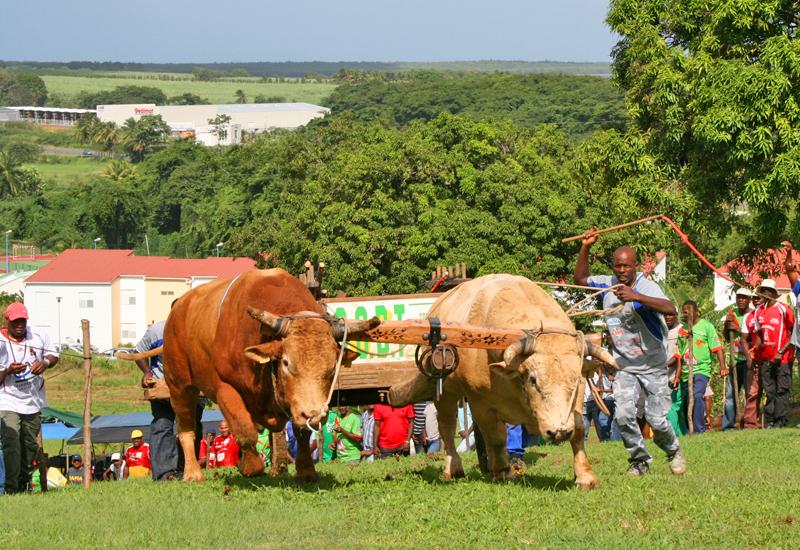 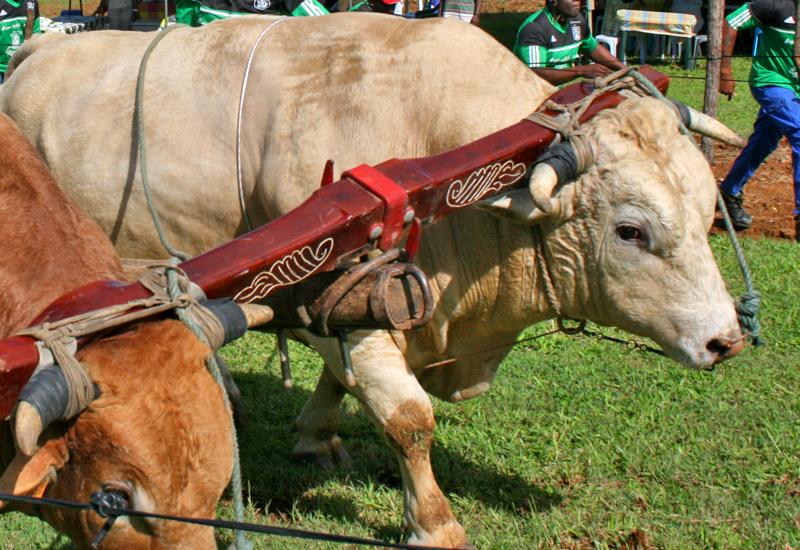 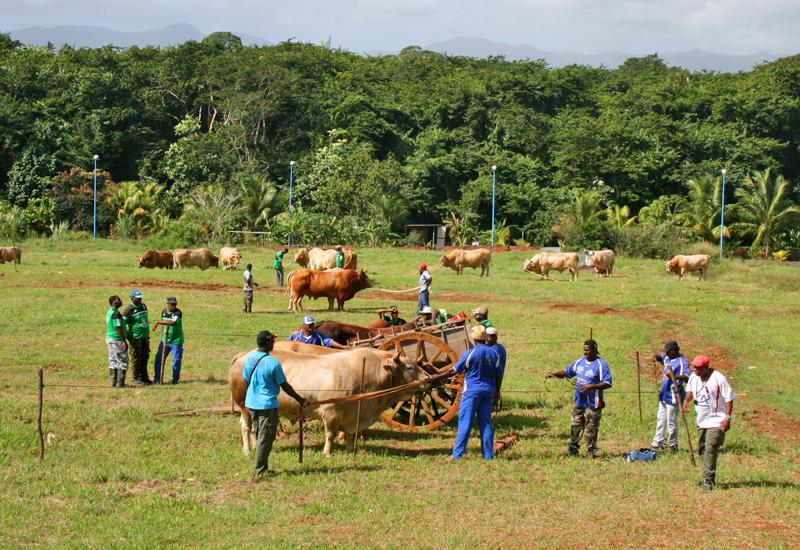 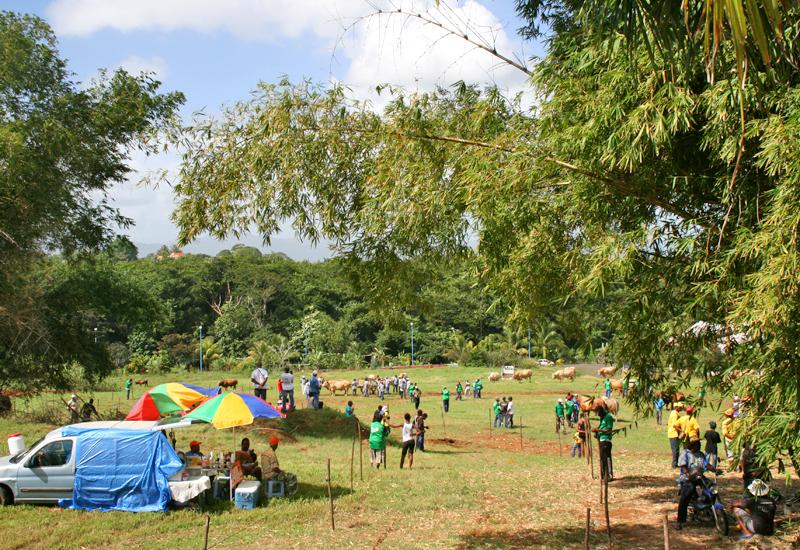