Other bodies of water - Petit-Bourg

The Petit Cul-de-Sac Marin constitutes one of the two large bays of Guadeloupe (the other being the Grand Cul-de-Sac Marin) connected by the Salt River Rivière salée), sea channel separating Basse Terre from Grande Terre. The numerous islets that line the bay make them privileged places. These islets, whose area varies from a few hectares to a few hundred square meters, were the site of economic activities in the 18th and 19th centuries. Resources linked to their environment were characterized by extensive coral reefs, seagrass meadows and coastal mangroves. The colonial administration sometimes used them for maritime signaling, military defense or the installation of lazarets (quarantine establishments). The bay of Petit Cul-de-Sac Marin, well protected from the wind and the Atlantic swell partly thanks to a chain of islets, constitutes an excellent mooring for ships. This central location also favored the creation of Point-à-Pitre in 1764. There are a dozen islets in the bay today, but more than a dozen have completely disappeared since the end of the 18th century. A disappearance caused by the destruction of the mangrove, the slow death of corals, the rise of the sea level and the seismic episodes. Several islands are located opposite Pointe Jarry. The îlet Feuille (leaf islet), also called Petrelluzzi islet, named after the family that has owned it since 1903, is only 1.5 hectares in area. Its neighbor Ilet Chasse (Chasse islet), takes its name from Sieur Lazare Chasse which acquired it in 1804. Close to it, Boissard islet, and its 4 hectares formerly housed a tannery. Southeast of Boissard islet, l'îlet à Cochons (Pigs' ilet), the most extensive of Petit Cul-de-Sac Marin. From the end of the 18th century part of the islet was devoted to the military defense of the port of Point-à-Pitre but this did not prevent the establishment of economic activities. These two islets have also housed properties since the beginning of the 19th century with the presence on the pigs' ilet of a coconut grove and banana plantations also attesting to an agricultural activity. In addition to fishing from the 18th century and still appreciated by some residents who still have boats, seines and hoists, the production of lime made from coral madrepores had its heyday on several islands in the Petit Cul-de-Sac Marin in mid-nineteenth. Stores located on site show that some of these islets were used to store goods from the maritime trade. Quite quickly, however, the larger islets, such as Boissard and “à cochons“, turned to resort tourism. Off Petit-Bourg, there are two small islets, the îlet à Nègre (negro islet) and the îlet à cabri (goat islet), the Frégate de Haut islet of little corners of nature just 5 minutes' sailing from the city, and further south , Fortune islet facing the mouth of the La Rose river, in the town of Goyave. Islets protected by the coral reef with a calm, warm and shallow sea. The last born, islet in formation, north of Fortune islet, Saint-Hilaire islet. 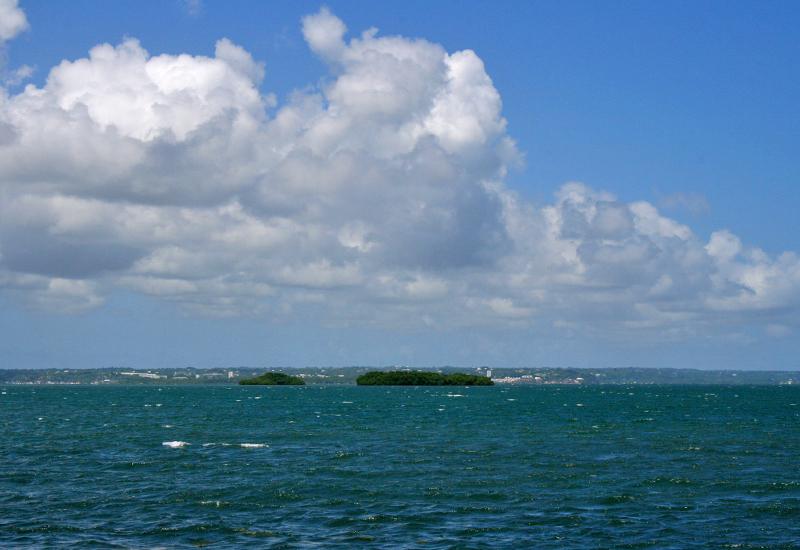 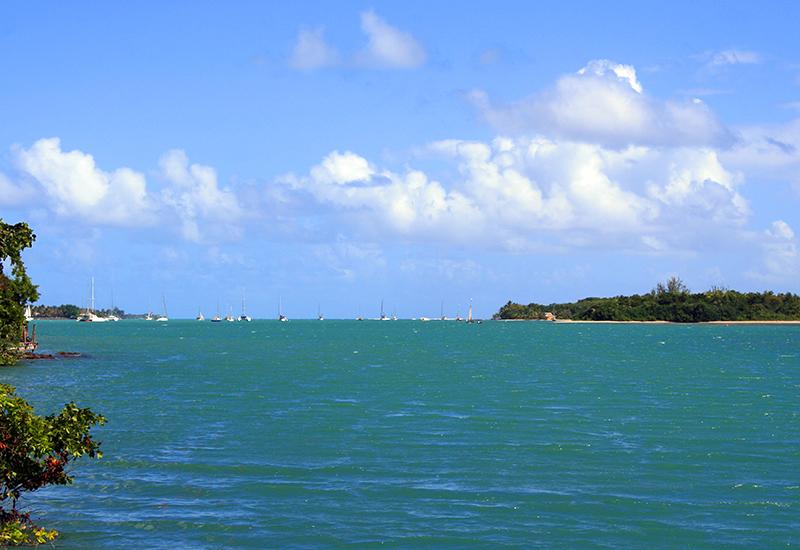