With nearly 60 traditional “canots saintois” (fishing boats without decks native to the Saintes islands) and some forty outfitted boats with registered crew lists, fishing remains an important part of Sainte-Anne’s economy. Some of its practitioners throw nets, others drag seines, and still others are adept in the use of a special trap, first used in Guadeloupe by Amerindians, whose structure has changed little since. The frame, originally made of bamboo or cut cane, is now mostly made of wild cherry wood. The walls, sometimes constructed of braided telephone wire in the 1940s and 50s, is now made of wire netting. Every afternoon at Port Galbas, trap fishermen can be seen working with slow, sure gestures to build this magical contraption that will put food on their table. They measure, cut, chop wood, and shape the trap tunnel, molding it with their hands as they imagine their next catch slipping through it. Each step has been handed down to them with the same respect for tradition across the generations. Each hole in the mesh must be counted to form six sides and two envelopes; the envelopes are cut first. You need a “swallow hole“ to allow the fish to enter, and an exit door. Fifty meters of wire netting make eight traps. Those who get good at it can make as many as two traps a day. Each trap lasts 8 to 10 months, and their use is subject to regulations governing size, time of year, etc. 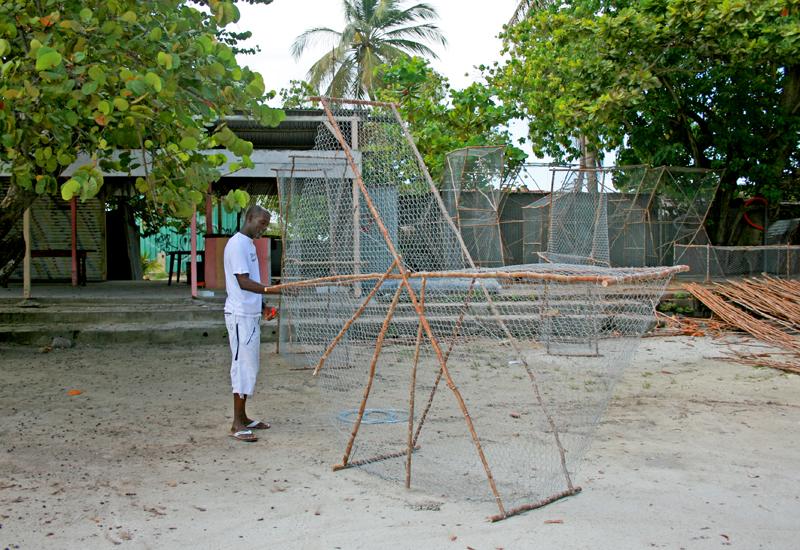 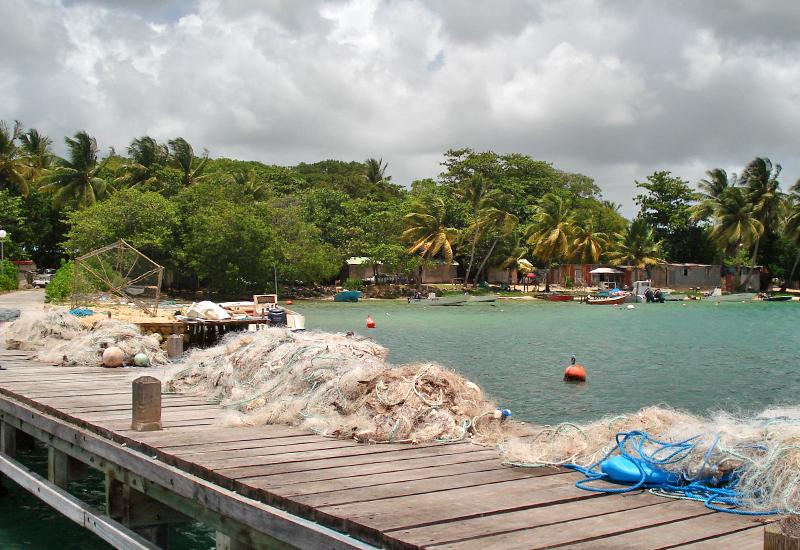 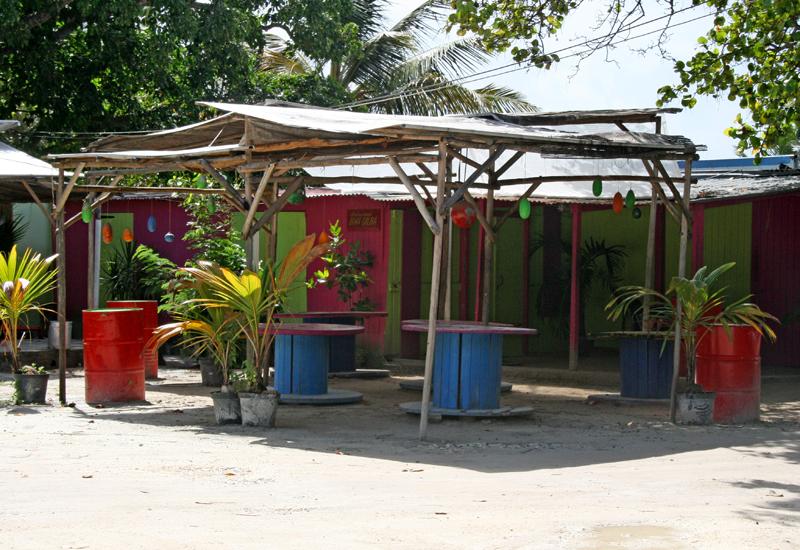