This bust honors the memory of Governor of Guadeloupe (1841 to 1845) Rear Admiral Augustin Jean-Baptiste Gourbeyre, who gave his name to the commune at the request of its first mayor, Louis-Philippe Longueteau. Decorated numerous times, Gourbeyre had an exemplary military career, distinguishing himself early at the 1809 battle of Le Moule against the British. Gourbeyre also commanded the successful Madagascar expedition in 1830. Officer of the Legion of Honor, he served as Governor of Guyana prior to becoming Governor of Guadeloupe. A tireless worker, he is responsible in particular for modernizing the roads, and showed great leadership during both the terrible earthquake that devastated the island on February 8, 1843, and the fire that destroyed several buildings in the city of Basse-Terre in August 1844. He is buried at Fort Delgrès, known at the time as Fort Richepanse. 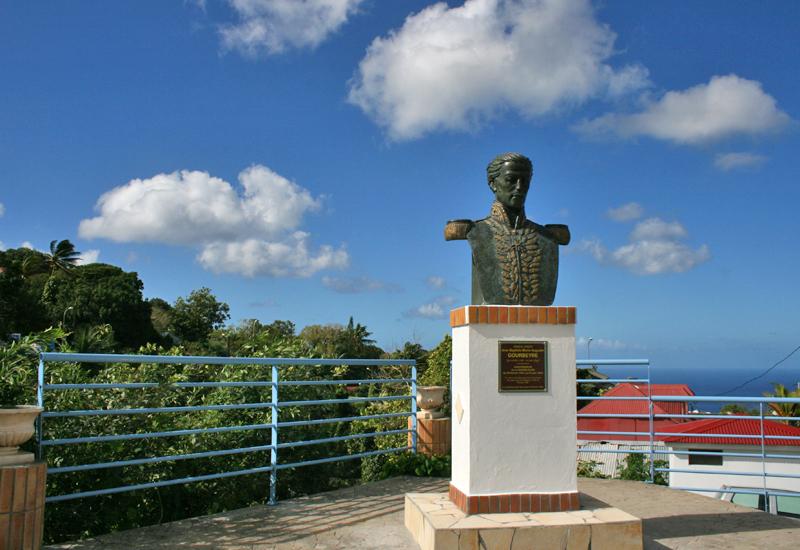 In the city of Gourbeyre, en Guadeloupe, the bust of Gourbeyre high on a promontory, facing the Town Hall 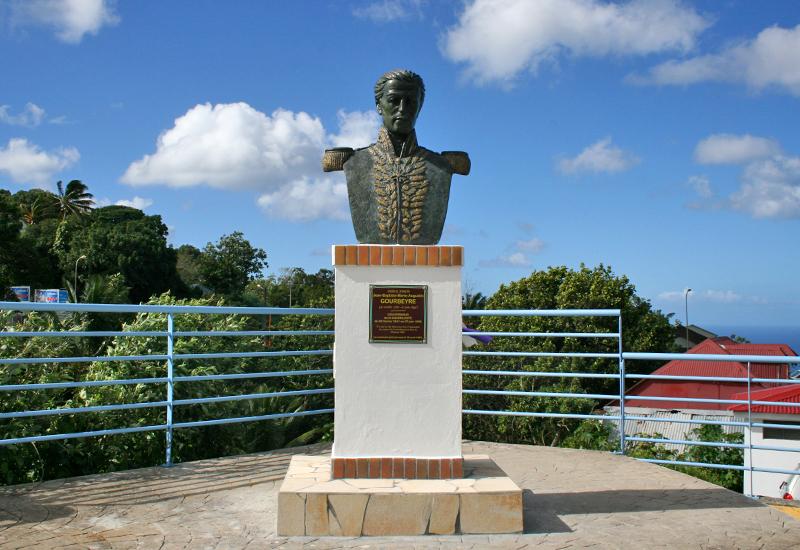 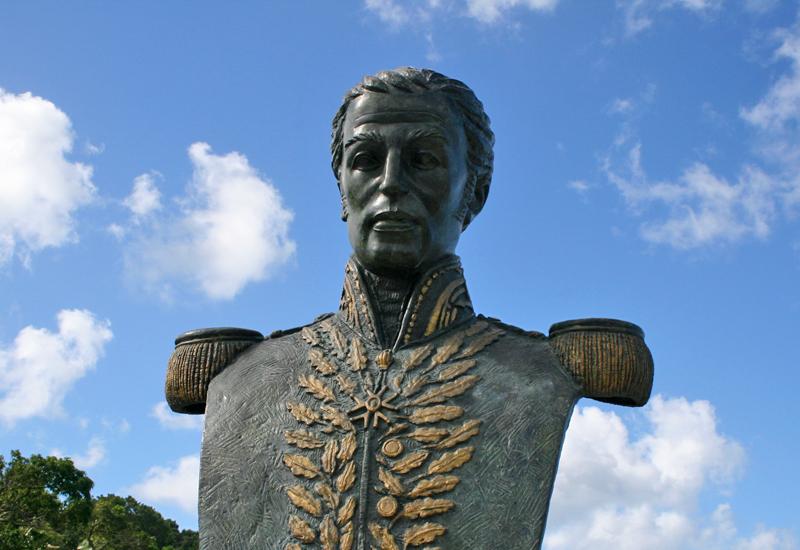 Gourbeyre: man of action and convictions