Mayor Joseph Reimonenq commissioned the construction of this building in 1929. An upper story was added later by the municipality, spearheaded by Virgile Chathuant (mayor 1945 - 1959). The Mother Fountain, so called because of the feminine figure in the middle of the fountain pool, surrounded by cherubs, was cast in 1874 at the Val d’Oise Foundry in mainland France, and was installed in 1876 by the mayor at that time. It symbolizes the unity of the commune in all its diversity. The main structure represents the town, and the cherubs represent the four main population centers. Two water jets refresh and remind visitors that this is a place of life and unity. 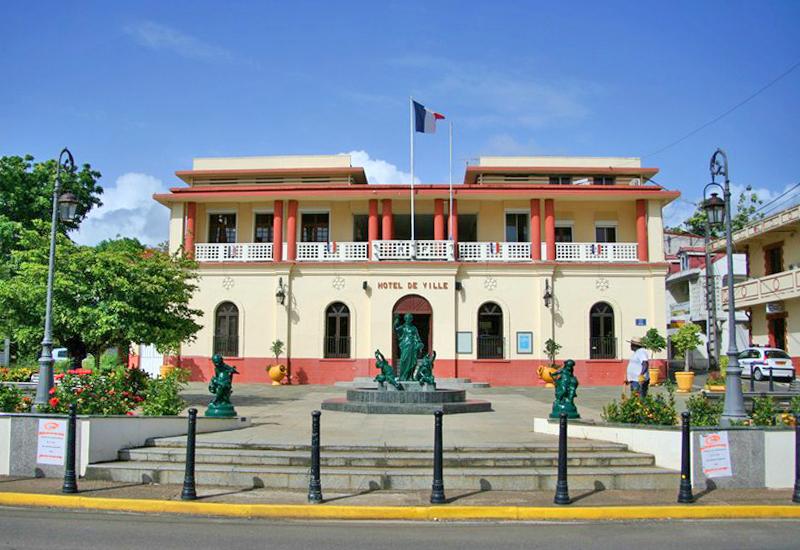 Sainte-Rose, Town Hall built in 1929. The floor was built later 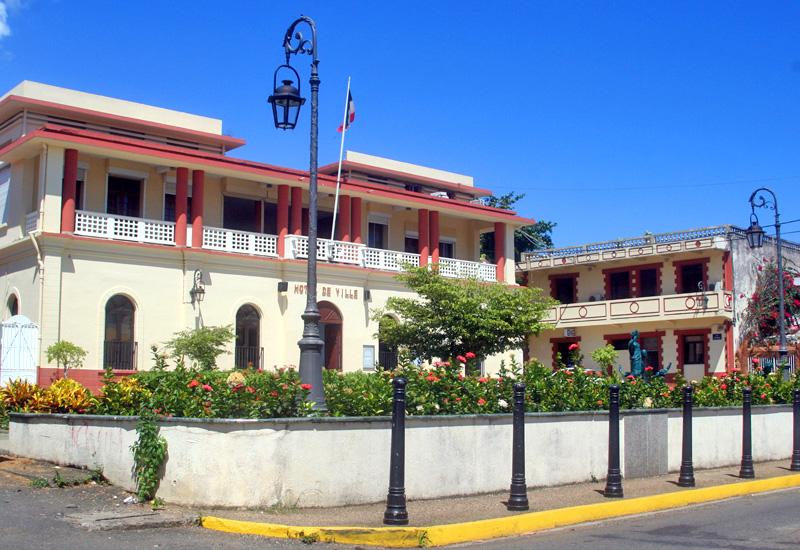 Mayor of Sainte-Rose. The facade and the forecourt on Sainte Rose de Lima street 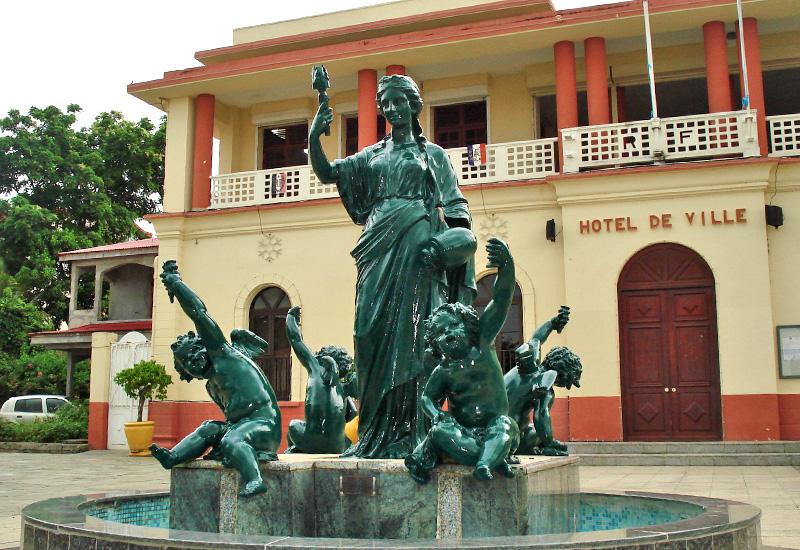 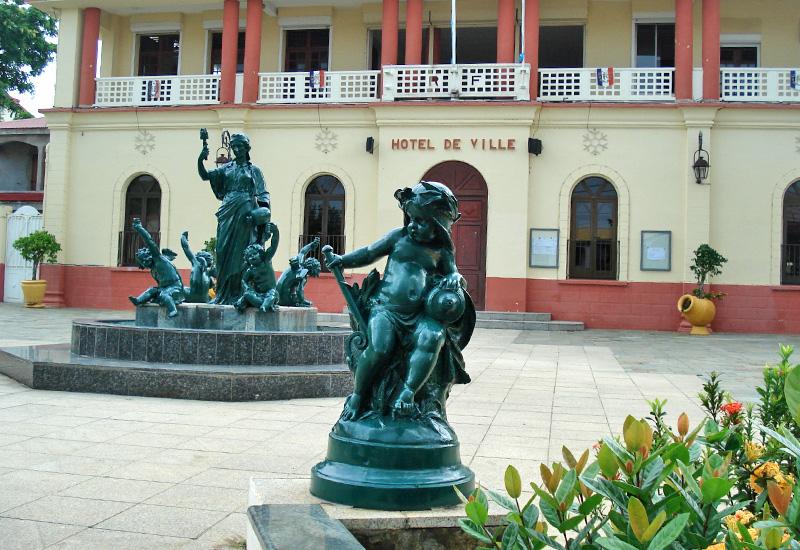